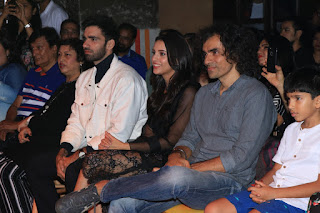 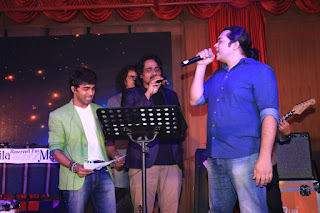 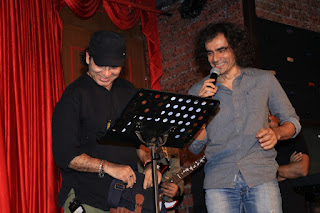 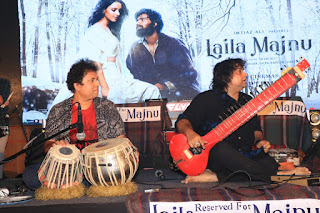 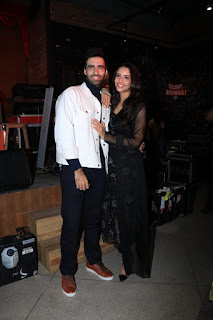 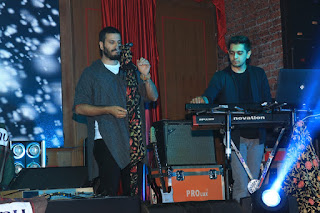 Laila Majnu’s music album has the most popular and loved singers who gathered together to have an extravagant and crazy music night hosted by FLYP @ MTV Café. It was a live in music concert with Imtiaz Ali, musical maestro Niladri Kumar, the most loved singer Mohit Chauhan, Joi Barua, Jyotica Tangri and band - Alif along with Director Sajid Ali and cast Avinash and Tripti.
The soulful tracks and live music won hearts of the audience and fans who were present along with the media. Each performance was followed by thunderous claps and loud hooting. Mohit Chauhan's energetic 'Hafiz Hafiz' got the madness alive in the audiences. It was a nostalgic moment for Imtiaz Ali and Mohit Chauhan to be collaborating together after Rockstar.
The concert ended with Joi Barua singing the song 'O Meri Laila' that has won our hearts with Avinash and Tripti grooving on the tunes on it. The crowd couldn't get enough of the song and kept demanding for more, the concert concluded on a high with entire cast and the audiences dancing and celebrating the madness of love with the Laila Majnu team!
With a film that's for the crazies and by the crazies, well we couldn't expect anything more than a crazy night hosted by the music legends of the industry.
Laila Majnu is presented by Imtiaz Ali, Directed by Sajid Ali and produced by Balaji Motion Pictures and Preety Ali Pi films, hit theatres on 7th Sept, 2018.
Laila Majnu’s Mad musical night brought the house on fire!