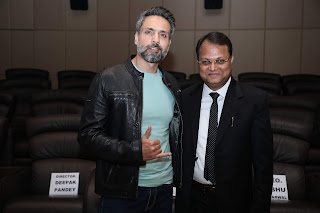 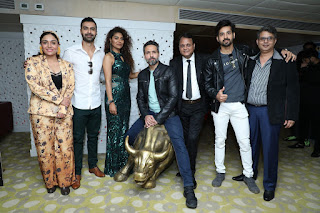 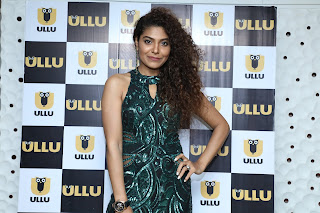 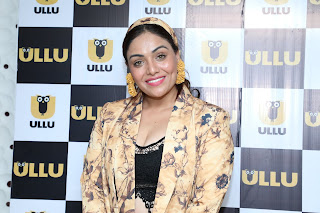 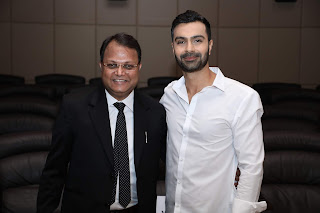 Ullu App launched the trailer of their much awaited web-series ‘The Bull Of Dalal Street’, which will start streaming from 21st February. The launch was attended by Iqbal Khan, Ashmit Patel, Kunal Verma, Megha Gupta, Naina Chhabra, Vibhu Agarwal and Director Deepak Pandey.
For the uninitiated, ‘The Bull Of Dalal Street’ is about the journey of a poor man who comes to the city of dreams Mumbai and rises instantaneously to become one of the most influential brokers. However, soon things ended in a financial mess.
When quizzed about the series, elated Iqbal said, “The series will showcase the journey of two brothers, who comes from a small town. It’s about how they rise and fall. Though the backdrop is of the stock market, but the series is not at all about stock market investments.”
Vibhu Agarwal, CEO, Ullu Digital Pvt. Ltd. seems quite excited. He said, “‘The Bull Of Dalal Street’ is an intriguing story and all the actors have done a fantastic job. We have a lot of expectations with the series and I am sure viewers will sit back and enjoy it tremendously.”  Bollywood actor Ashmit Patel will be making his digital debut with ‘The Bull Of Dalal Street’. The talented actor is playing the role of Iqbal’s brother. When quizzed whether is he similar in real life when compared with his on-screen character Dilip, he says, “The character I played in this series, is little bit similar to my real life personality. I am also straight forward, honest and colorful. Unlike my on-screen character, I prefer to give my opinion, if I do not agree with something.”
SNIPPET: Ullu App launched the trailer of Iqbal Khan and Ashmit Patel starrer ‘The Bull Of Dalal Street’ 2 min read