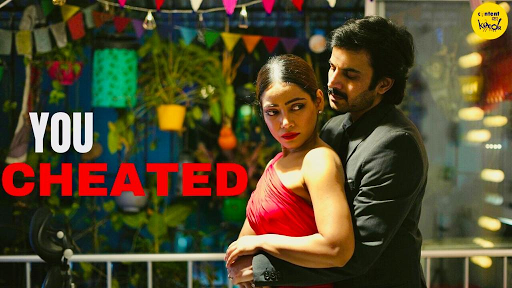 Actor Ajay Singh Chaudhary’s latest short film You Cheated is currently streaming on Shipra and Shivankar Arora’s YouTube Channel Content Ka Keeda. The actor says that the film is special to him. “I know Shipra since so long. She was the creative head in one of my shows. She called me and asked me if I was interested in doing a short film. And that she has created a platform on YouTube which is doing well and wanted me to play a part in the film. She is so creative and organic and I saw that the short films on her channels are on such relevant issues. She sent me the story, I read it and we discussed the treatment,” he says.

The actor liked working with his co-actor Rini Das. Talking about the same, Ajay says, “Rini is a brilliant actor. We have tried our level best to create the whole scenario together. She is a very supportive and intelligent actor. She is spontaneous and it was great working with her.”

Ajay says that, for him, cheating is no accepted in any relationship. “Nowadays, people don’t think much about loyalty. Through this short film, we will be able to tell them about something that is very important in any relationship, be it between husband-wife, boyfriend-girlfriend, between friends, even with you and your parents. Loyalty is much needed everywhere is what we are showing through this film. My point is cheating is not good at all anywhere. If we cheat, we are not in a good place after that. We cause harm to ourselves too when we cheat. This is because somewhere that incident makes us feel guilty and that is not good for mental health. In the long run, we realise that this has caused us a lot of guilt and this guilt will not let us progress in life. I don’t know how much is the value of loyalty today but I am sure people like people like to associate with loyal people,” he says.