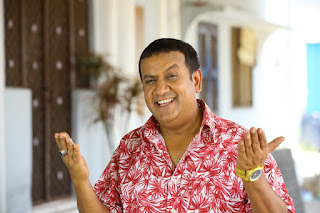 Adnan Sajid Khan AKA Gullu Dada who has had Telugu audiences in splits over the last twenty years is making his Bollywood Debut with Bolo Hau, a refreshing love story set in Hyderabad.  Playing to a wider audience now, Adnan will be back on the big screen with his much-loved Gullu.

Speaking about his Bollywood debut he said, “Who does not want a Bollywood presence? As a performer everybody aims to be in Mumbai but God has been kind to me and I have a loyal audience who loves me in the Deccan region. And I love them even more to really shift base and start out afresh. This industry has given me a lot and I really enjoy what I do. Earlier also I got offers from Bollywood but I wasn’t sure how well my character would fit the story line. Comedy is always situational. So the Bollywood debut had to be with the right film. Bolo Hau is based on Hyderabadi culture and Gullu is 100 % Hyderabadi”.

Khan started as a stage singer in the 90s and worked his way to become an actor in 2007. He is one of the most popular faces in the Telugu film industry. His character ‘Gullu Dada, a comical local don made him famous so much so that he started a Biryani chain under the same name.

Adnan has worked in 31 movies as an actor, most of his films have crossed the coveted spot of 50 day run and now the year 2021 marks his much-awaited Bollywood debut.