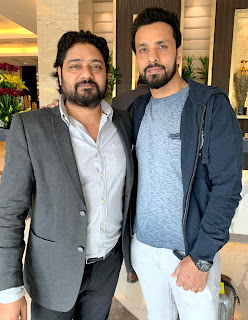 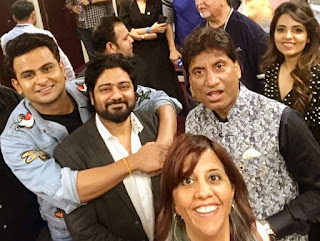 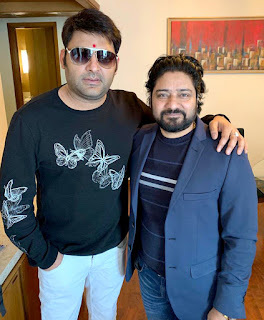 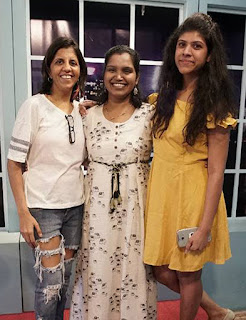 Laughing Colours is a pioneer in starting an entertaining Facebook Page in India. Not many thought this would create job opportunities when LC took the charge of entertainment through this platform. Frommanaging artists for more than a decade to spreading laughter through social Media the journey wasn’t easy.  But Founder/Managing Director Rajesh Sharma had one clear mission in life, connect people through laughter as that’s the best language understood worldwide. When you smile at the newborn, he will smileback. It is this smile, laughter that bind us together. Being very positive himself he wanted to spread that across and that was made possible by the team. Vaidehi Tendulkar under his leadership took control of the page. It was a task as ‘meme maker’ wasn’t a fancy term then. People were hesitant to work on an online page. There was a time when only two of them were working on the page. The later team was formed and that’s how things took off. Vaidehi Tendulkar (COO) is a perfect backbone for the company. She’s been tackling obstacles and making all the optimistic ways in which the entity can move ahead without losing its spark. She maintains the image and authenticity of all the content being surpassed on the page and other digital platforms of Laughing Colours. Laughing Colours has always been ‘All for Women’ Company. It has its CFO as Supriya Karangutkar and business development head Sheetal Gokhlani who efficiently runs the business.

Initially, the aim of the company was to spread a smile, spread laughter but things changed when laughing Colours received a message saying that Thank you for helping me fight depression through the happy content on our page. This was our MOMENT of pride. Things changed, our energy doubled, and another motive was added tour to-do list. Now it was no more our page it was your page. add joy to theirmonotonous life.  Lovingly called LC is a spectacular medium to distract people from complexities and chaos with 30 Million followers there is no stop to us we are widening our horizons and spreading speedily over Instagram with 1.8 followers and Youtube with 2 lakh subscribers.
We wanted to leave no medium untouched. Slowly developing an interest in creating an engaging website we got introduced to Vinay Murarka. With his hard work and vision for tomorrow, we created a website. Awebsite that could control traffic of 5 to 6 lakh people daily. It was a challenge, but he did it effectively helping us create another property. With the help of the core team, we expanded and diversified.Now Madhya Pradesh was Laughing Colours new home. Under the leadership of Vijay Singh Sisodiya and help from Rajesh Sharma and Vaidehi Tendulkar a team was set up in Indore.


Laughing Colours began as an entertaining portal and now it is a brand well known throughout the globe. The entity is now expanding its ventures and has already participated in the world of standupcomedy… Well Known Comedians and celebs have been a part of it.
Contagious entertainment page Laughing colours is now 16 years young creating laughter offline and online.