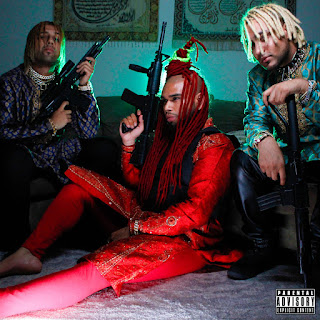 Global music giant, Sony Music, today announced an exclusive strategic partnership with Desi Hip Hop Inc, the No. 1 platform empowering South Asian hip hop culture globally.
Through this partnership, Sony Music and Desi Hip Hop will work together to discover, develop and market Indian and diasporic hip-hop talent from around the world. Sony Music have been front runners in this fast growing genre and with a heightened consumer interest, the label is committed to giving south Asian artists a global voice cutting through geographies and languages.
Raafat Ullah, Creative Director, says “We’ve been building this platform for over a decade to nurture and showcase South Asian Hip Hop talent and promote unity amongst our people around the world. We believed in the global impact of South Asian Hip Hop since day one.” Hardik Dave, CEO of Desi Hip Hop Inc, adds, “It’s rewarding to see this movement grow and  make the impact that we’ve always envisioned; and as  Desi Hip Hop turns the corner from a culture to a category, we are excited to be working alongside a partner like Sony Music India who believes in this vision.”
Adds on Arjun Sankalia, Head International Repertoire & Special Projects, “Hip-hop has always been close to our hearts- more so since we began working the genre in 2015 with ‘Mere Gully Mein’.  We’re 100% committed to hip hop and are glad to have found a like-minded partner in DHH who have been flying the flag for south Asian hip hop for over a decade. ”
The first release via this association is the striking, “Borof” by LA hiphop crew Bhanga Bangla.
About DHH
Desi Hip Hop Inc is a company founded in 2011 by Silicon Valley tech executive Hardik Dave and headquartered in California.  Growing up in the 80’s and heavily influenced by the Hip Hop culture, he has first-hand accounts of the power of street knowledge and strives to empower over 500M South Asian youth through the culture of Hip Hop.
Sony Music India & Desi Hip Hop Inc enter into a strategic partnership