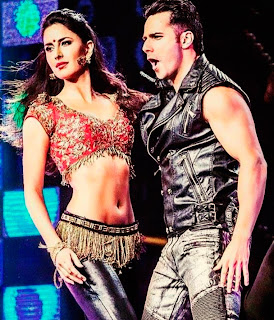 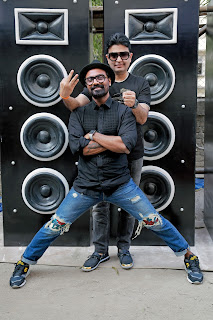 T-Series’ CMD Bhushan Kumar has signed Varun Dhawan to star in what is touted to be India’s biggest dance film. In a fresh pairing, Katrina Kaif will be seen opposite Varun Dhawan.

The film will be directed by Remo D’Souza who earlier directed Varun in the super hit ABCD 2. It will also star actor-choreographer-director Prabhu Deva besides Dharmesh Yelande, Raghav Juyal and Punit Pathak who had featured in ABCD 2.

The film is expected to go on the floors this year and will release on November 8, 2019.

Says Bhushan Kumar, “Dance and music go together. As a brand synonymous with music, it seemed natural to produce India’s biggest dance film. Having a committed director like Remo who is passionate about and master of several dance forms is a blessing.”

Remo D’Souza says, “Isn't it just appropriate that a film about music and dance is produced by the man heading the biggest music company in Bollywood? And I get to direct — Varun, one of the best dancers today, and Katrina, who has shown us she can shake a mean leg.”

Bhushan Kumar adds, “Varun is a natural-born entertainer. The audience loves his antics on screen, especially his dance moves. Katrina has talent and the ability to work hard — she also has a unique mesmerising quality.”

Says Varun, “Working with Remo again for India’s biggest dance film is huge. I performed once in New York with Katrina and it was electric. She’s gonna bring her A game so I need to get back into shape. Bhushan is not only a strong producer who has over a period of time built a great marketing and distribution machinery, he also contributes a lot creatively specially in music department.”

Katrina says, “I am super excited to be joining Remo’s vision to make India’s ultimate dance film. Varun’s passion is so wonderful; he works tirelessly to create magic. And, Bhushan Kumar with his understanding of market dynamics, as a producer will ensure it is the most talked-about film of 2019.  I can’t wait to start this journey.”