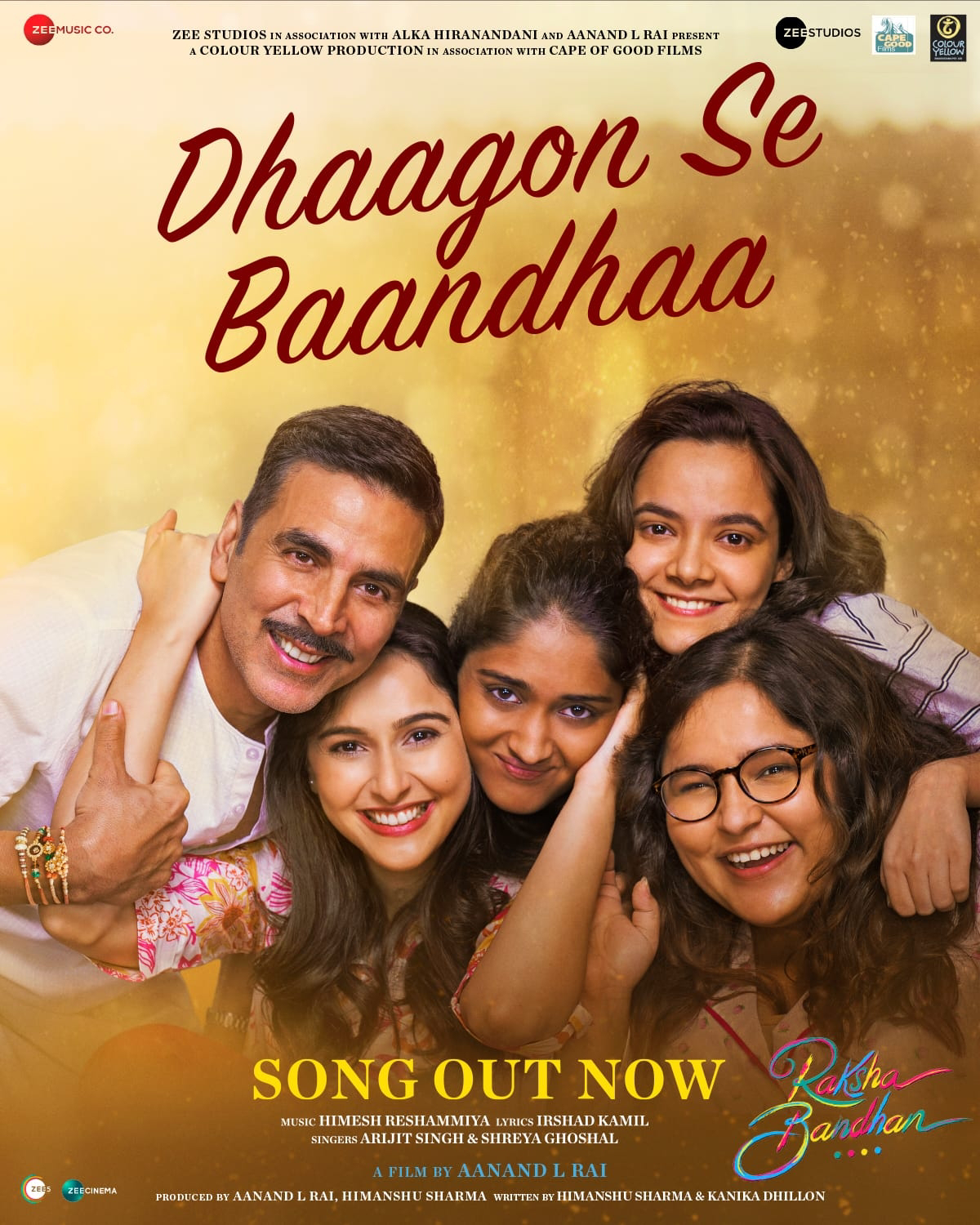 Raksha Bandhan's new song Dhaago Se Baandhaa celebrates the universal bond siblings share
Our siblings are a huge part of our lives. They encourage us to be our best. They are our biggest motivators and competitors. On Thursday filmmaker and producer Aanand L Rai took to Instagram to announce the release of the new song Dhaago Se Baandhaa from his new film, Raksha Bandhan, which is centred around the unique bond between brothers and sisters.
Like all Aanand Rai films, music is the soul of Raksha Bandhan. Dhaago Se Baandhaa is touted to be a song of remembrance and celebration for years to come. The song depicts the relationship Lala Kedarnath and his four sisters.
Directed by Aanand L Rai, produced by Aanand L Rai and Himanshu Sharma in association with Alka Hiranandani and Cape of Good Films andwritten by Himanshu Sharma and Kanika Dhillon, Raksha Bandhan releases on August 11.
Song out..