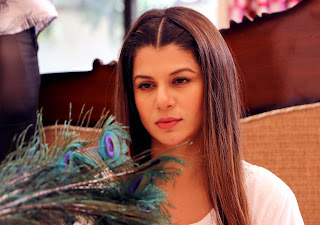 Grand Masti star Kainaat Arora is living many faces, many lives, many characters and most certainly living out of a suitcase. The actor who’s just finished shooting for Punjabi film Kitty Party has already got on board with Manoj Sharma’s directorial, Khalli Balli. The film is produced by Kamal Kishor Mishra of One Entertainment Film Productions and Prachi Movies.
Reacting on taking up this flick Kainaat says, “I always wanted to do a horror film. And not just a random horror film, but content driven one. And when Manoj ji came to me with the concept of a horror comedy, it got too hard to resist.”
Not many know, Kainaat is a horror film junkie, “I have been interested in horror genre ever since childhood. I love the thrill of this genre and what better than have a horror comedy that not only keeps you at the edge of your seat but also entertains you. I have seen Bhool Bhulaiya and Stree and I am a huge fan of this genre,” says Kainaat, while adding further, “I am glad I am getting to play the part of Sanjana in the film. It’s a pivotal role and the story revolves around her.”
Kainaat may not be seen in Bollywood industry that frequently, but the actress sure is busy as hell! “I have done a lot of Tamil and Telugu Cinema and also a decent line of Punjabi films. I had the opportunity of working with Mohanlal in Malayalam blockbuster, Laila O Laila and even had the opportunity to work with South Star Ajith Kumar. I’ve done Punjabi films also which are of comedy genre,” says Kainaat.
But for Kainaat, her role in Khalli Bali was extremely challenging. “It was emotionally draining. This film requires hardcore performance. This film has so much to offer, action, thriller, comedy and emotions. It was a great challenge.” Elaborating further on the life of an actor, Kainaat says, “People think we actors have a great, luxurious and easy life but that’s not the case. We work really hard, in fact harder than others may be sometimes. I wake up at 3 or 4 AM in the morning and get done with my shift only after 15-16 hours at once. Our lives may look very glamorous but it’s really hard. In fact I work really hard.”
Kainaat definitely knows her business and this hardworking actress is surely going to shine with Khalli Balli.
KAINAAT ARORA ON KHALLI BALLI – ALWAYS WANTED TO ACT IN HORROR COMEDY.