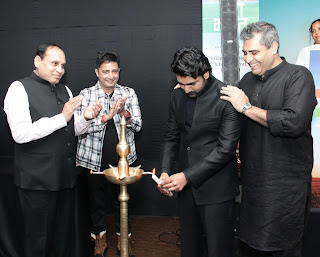 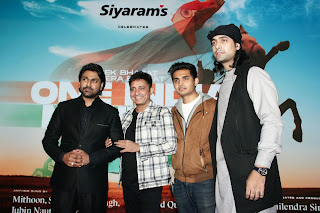 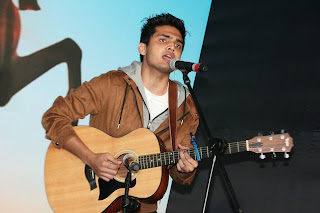 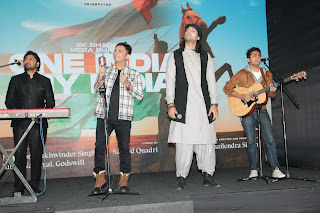 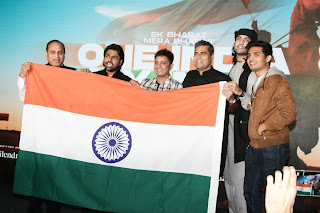 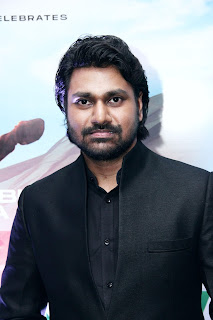 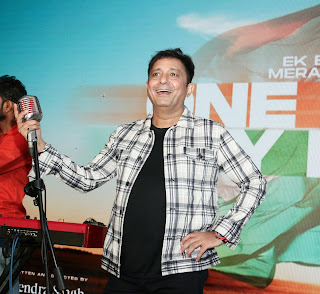 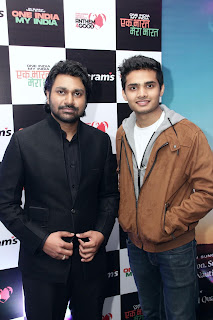 23rd April 2019. Mumbai
In order to spread more love in this hyper charged election year, Shailendra Singh, India’s Serial Entrepreneur and Entertainment Maverick has joined hands with Mithoon, India’s most successful Music Composers, and Siyaram’s, to create and release the biggest unifying Anthem4Good since Michael Jackson’s We Are the World. Titled Ek Bharat. Mera Bharat (One India. My India), Anthem4Good was unveiled at an event in Mumbai today (23rd April). The anthem aims to unite all 1.4 billion Indians across the world in celebration and oneness.
Shailendra Singh has directed the music video for the anthem and co-produced it with renowned music composer Mithoon while National Award winning singer Sukhwinder, talented Zubin Nautiyal and young music engineer Godswill have sung the song.
“Everything divides us – caste, culture, fashion, food, currencies, religion, politics. The only thing that unites us, is love. The idea behind creating and releasing the anthem is to spread love”, Singh said at the event.
“I was thinking what to dmake after Tum Hi Ho of Half Girlfriend that became very successful with more than 400 million views and Shailendra called me with the idea of this anthem. This is definitely one of the most powerful songs that I have ever composed. Shailendra Singh had such a beautiful vision for the song, which has grown and evolved to have its own soul. I believe it has the ability to lift the heart and spirit of anyone who hears it,” added Mithoon.
Sukhwinder, Mithoon, Zubin and Godswill also performed live for the people present at the venue and mesmerised the audiences with their unplugged performance.
Siyaram’s, a well-known textile brand that has always honored India with their tagline, ‘Come home to India. Come home to Siyaram’s’ is supporting and celebrating the anthem.
Shailendra Singh is known for producing over 72 feature films and executing over 2,000 most recognized ad films. The video of Ek Bharat, Mera Bharat is shot across 20 historic cities and features some of the most famous landmarks including few known holy places of India. It captures raw emotions of real people from all walks of life.
Shailendra and Mithoon’s Anthem4Good, celebrated and supported by Siyaram’s, does additional good by directing people to the Magic Bus website to make an online donation. Magic Bus is a registered NGO that pulls children out of poverty through education and livelihood programmes – strengthening India’s future one child at a time.
Shailendra Singh and Mithoon’s Anthem4Good unveiled in Mumbai .. The duo co-produced the song; Shailendra Singh conceptualized, wrote and directed the music video