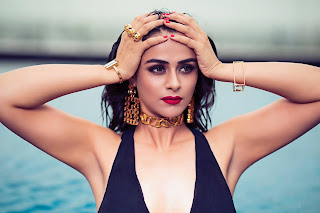 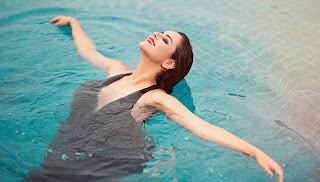 On your way to success, you meet many new people. But remembering them and acknowledging their support later in life is not what everybody does. However, Prachi Tehlan is one among those who hold an immense amount of respect and love for every single person who contributed to making her who she is. Out of this respect and love, Prachi recently signed a new project – a horror comedy Tv show- despite her decision of staying away from television for a little while and saying no to big shows coming her way.

Titled Band Baja Bandh Darwaza, the show is being produced by Maqbool Khan and Amitosh Nagpal under Tuk Tuk Picture Company. It will be on air from January 26, every Saturday and Sunday.

“When I got a call from the makers of this show, I just couldn’t say ‘No’ also because of the amazing script and this beautiful character they approached me for. Since last few months I have been focussing on films, and a break from television was a conscious choice.  But how could I deny working with people with whom I started my journey in this industry. Maqbool sir handled me like a small baby guiding me through all the minor details of acting and helping me mould myself into that setup.” said Prachi, adding, “I have emotions attached with this team and I really don’t mind confessing that I signed the project purely for the team involved in it. It’s their first project as producers and I am glad to contribute to their new initiative.

Talking about her experience working with the team again, Prachi stated, “It is always fun to work with creative people like Maqbool sir and Amitosh sir. They hold great experience in the field and have done some phenomenal work in the past years. For example, besides assisting in the direction of over 100 music videos, Maqbool sir has individually directed CG heavy shows including ‘Pyaar Ki Ek Kahani’ and ‘Fear Files’. Also, he has helmed some high voltage action drama in shows like ‘Diya Aur Baati Hum’ and ‘Prithvi Vallabh’. On the other hand, Amitosh has written lyrics for movies like ‘Oye Lucky, Lucky Oye’ and dialogues for ‘Hindi Medium’. He is as amazing an actor with amazing sense of humour. He has acted in Indian films like Dabangg, Besharam, Phillum and many more.”

Prachi will be essaying the character of a Haryanvi girl for one of their weekly series. The teaser is already out and the show will be telecasted on February 2 and 3, 2019. The show will see popular film actor Mukesh Tiwari making his debut on television. Besides him, other actors of the show are also known faces of theatre and film industry. As for her films, Prachi, the shoot of Mamankam will resume from January after a long gap. Also, Prachi has been traveling to Hyderabad for a few Telugu projects. There is a lot to come from her side. Just wait and watch.
Prachi Tehlan to star in Sony SAB’s new horror comedy