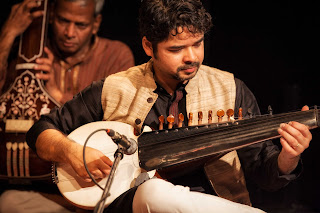 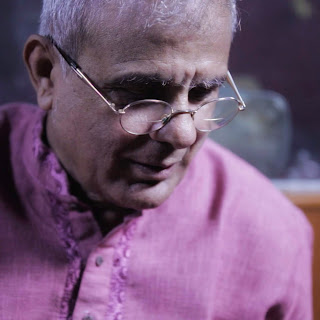 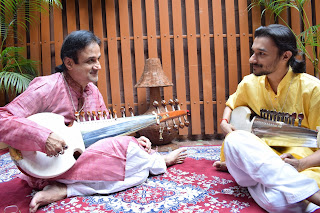 Dedicated to the Sarod, Legacy is an unusual evening of intergenerational recitals on the sarod with 2 senior Gurus and 2 younger musicians along with wide-ranging conversations led by a scholar-musician
Mumbai, 2018: As First Edition Arts approach their fifth anniversary year (January 29, 2019) they are already sharpening their curatorial ideas for some innovative programming with diverse musicians. Their upcoming evening concert on October 27 presented in association with G5A Foundation for Contemporary Culture in their space in Mahalakshmi, is a special on the Sarod, one of the most loved and iconic instruments in the world of Indian classical music. Originating from the Afghani rabab its evolution into the sarod, an instrument more suited to the needs of Indian classical music, began in the late 17th century. Generations of great sarod artistes have brought the sarod to its current status of eminence.
Legacy has been designed as a deep and immersive experience of the music of two senior artistes and Gurus. Set in the intimate and elegant G5A space, the evening will have recitals and conversations with the musicians.  The two senior musicians represent two of the most significant gharanas or lineages of Sarod music, the Lucknow Shahjahanpur gharana and the Senia Maihar gharana.
This event is a meeting of several streams of sarod music, represented by the senior artistes and Gurus, Ustad Irfan Muhammad Khan of the Lucknow Shahjahanpur gharana and, Pandit Shekhar Borkar of the Maihar gharana. Both senior artistes, from Kolkata and Pune respectively are performing in Mumbai after decades. As an interesting counterpoint, they will be accompanied by two of the finest younger sarod artistes,  Arnab Chakrabarty and Abhishek Borkar in this unusual intergenerational concert recital and dialogue.Prominent among those who have brought the sarod to its eminence are the ancestors of Ustad Irfan Muhammad Khan of the Lucknow Shahjahanpur gharana who have been custodians of the sarod, sursringar and rabab since the late 17th century. Irfan Khan saab will be performing in Mumbai after a gap of 27 years. Among his renowned ancestors are Ustad Sakhawat Khan and his father and uncle Ustad Umar Khan and Ustad Ilyas Khan (sitar) respectively. Sakhawat Khan’s grandfather Enayat Ali Khan is believed to be one of the first Hindustani musicians to travel abroad to perform in London for the 40th anniversary of the reign of Queen Victoria.Last year ethnomusicologist Max Katz first embarked on his journey to unravel the story of the legendary Lucknow-Shahjahanpur gharana — which he tells in his path-breaking book, Lineage of Loss: Counter-narratives of North Indian Music published in 2017 and the precious inheritance of traditional compositions that are with Ustad Irfan Khan. Some of these rare compositions will be heard at the concert.In another example of an unusual format, the evening begins with a conversation around the evolving range of expression of the sarod and its utilization by various streams of thought within the tradition. This session will be anchored by the scholar-musician Jonathan Barlow, an Australian artist who became interested in Hindustani classical music in the mid-60s and like many others travelled to India to study. First in Maihar and later in Kolkata, he had many Gurus, among them the great Sarod Guru and artiste Pandit Radhika Mohan Maitra of Kolkata. Jonathan Barlow has also been very interested in designing musical instruments including the sarod, beens (veena) and tanpuras.The performances that follow open with Pandit Shekhar Borkar and Abhishek Borkar on the sarod accompanied by Ramdas Palsule on tabla.The concluding performance features Ustad Irfan Muhammad Khan and Arnab Chakrabarty on the sarod accompanied by Pandit Sadanand Naimpalli.The evening will end with interactions with the audience. The concert will close with a conversation led by Jon and the musicians and the audience.
Show Details:
Date - Saturday, 27th October 2018
Venue - G5A
Time - 5PM to 9:30 PM
Attached:
For interviews with the artists' contact:Media Consultant, Kajal Gadhia - 9820296123 / kajal@mindworkz.in
Listing - Music - Legacy - Sarod Music, its traditions & evolving expressions