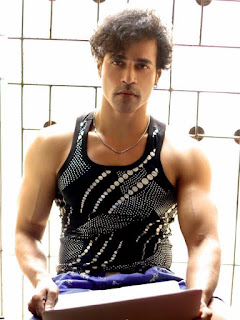 Ruhaan Rajput is back again! In yet another T-Series’ new romantic song ‘Saiyan re” . The song is bound to soothe everyone’s nerves. The song has been recorded in melodious voice of Manisha Dhar, music composed by Ravi Chaudhari and directed by Sayan Roy. Ruhaan romances the beautiful actress Ritwika Maitra in this heart-warming song. The same is getting released on 25 Aug 18
Shot in beautiful locations of West Bengal, the picturesque view, the lush green farm, the unbound flow of Hooghly and the heritage Tram will take you on a beautiful ride. This location is the new flavour of many recent movies and music albums.
This is the third association between Ravi Chaudhari and Ruhaan Rajput.  Both have worked together on Moabbataiyan’ and ‘Khidaki ka parda’ .‘Khidaki ka parda’ is slated for Zee Music release this fortnight . Earlier to Khidaki, Ruhaan has been featured in Ravi’s song ‘Moabbataiyan’. It was a smash hit online as well as Music TV channels.
On a candid talk, speaking about the song Ruhaan said, this song is based on a love story.  Its different from the other music albums of the time. It will give you a glimpse of retro era. This song is like soul to the die-hard romantics. While some still search for words to confess their feelings to their love interest, there are ones who dedicate their feelings through music by picking up some of the most romantic lines from the songs, And I think ‘Saiyan re’ song could be one of them. This romantic song will be like a sweet escape where one can not only think but also feel their loved and dear ones in the sweetest manner possible. So if you are feeling low and missing your sweetheart, it is time to pick our song and add a bit of melody in your life by listening to it.
He said“I am very excited to see ‘Saiyan re’ on the screen. I am sure everybody will love it and its going to be a big hit like our earlier song.”
Ruhaan further says “ He has built a rapport with Ravi  and Zee Music and  there will more projects  in coming days” . On a separate front Ruhaan has been on board for a new HINDI MOVIE which was announced in a press release on 1stAug in Mumbai.
He will be seen in a Hindi movie call “Ginti Shuru” produced by Arvind Singh under Angels production. Ruhaan will start the shooting in first week of September this yea
‘Saiyan re’ -The hearts hover! – new song Featuring Ruhaan Rajput