Home Unlabelled SHALEEN BHANOT IS MOST LIKELY TO BUY A FOOTBALL TEAM?

SHALEEN BHANOT IS MOST LIKELY TO BUY A FOOTBALL TEAM? 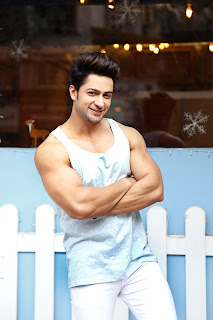 With many Bollywood & Television stars pledge to support football in India, Actor Shaleen Bhanot is likely to join the bandwagon as well in order to promote football in the country. Shaleen Bhanot is most likely to buy a football team in India.
Actor Shaleen Bhanot,  isn't just a muscle-bod. Apart from being keen on working out, he also is gung ho about sports like football and of course, playing a prominent part in lending his star presence to many football tournaments . It needs to be mentioned at this juncture that, the actor is keen on promoting the sport in India. Grapevine has it that Shaleen plans to buy a football team in India.
"Although Cricket is a religion in India, I personally  just loved Football more. I have grown up watching & playing football. There was a time in my life that i was actually thinking to pursue sports just to dodge on all the heavy book and studies"  laughs Bhanot.
Shaleen, wants to be at the forefront of a group of Indians who are trying to crack what is football’s final frontier – to change the culture of India’s 1.252 billion population and offer a viable alternative to cricket "We see so many young boys playing football on ground, all across India but no platform to take the skills forward. There is so much talent in India that with the right direction we can be on global map"
SHALEEN BHANOT IS MOST LIKELY TO BUY A FOOTBALL TEAM?