Home Unlabelled Honor to the women of Indian Army on the International Women’s Day by Atharva Foundations.

Honor to the women of Indian Army on the International Women’s Day by Atharva Foundations. 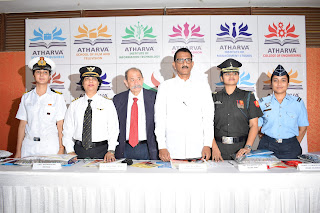 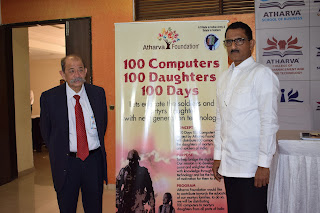 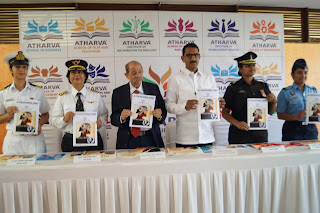 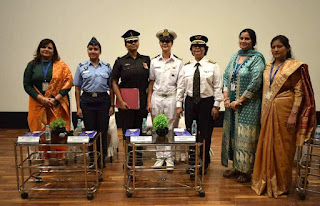 Mumbai , 8th March 2018 : On the occasion of International Women’s day,8th march,  Atharva foundations had taken the initiative to honor the women power of the nation by a new program called “100 Computers, 100 daughters, 100 days”. The main motive of this venture is to provide technical ease in the studies of our brave, courageous and martyrs soldiers’ daughters.
Atharva foundations has recently paid a tribute to the real unsung heroes’ of the country by a program named “One for all, All for one”. And now,”100 Computers, 100 Daughters, 100 Days” program is the second contribution by Atharva foundation towards the brave soldiers who have sacrificed their lives for the sake of the country. By this program 100 Computers will be provided to their daughters along with the technical knowledge.Atharva foundation will ensure that the selected 100 girls’ technical studies will be on fulfilled at any cost.
On this occasion Flight Lieutenant  Gauri Kulkarni (Indian Air force),Major Gagandeep Kaur (Indian army),Lieutenant  commander  Diksha Gehwalat (Indian Navy),Captain Anupam Kohli  (Air India), Colonel Sudhir Raje(Retired) ,Sunil Rane (Atharva Foundation) were present.
By honoring the strong and inspiring women of our nation, who have achieved their achievements in different fields, the Atharva Foundation has dedicated to women empowerment and its upliftment. On this occasion, Col. Sudhir Raje (Retired) said, "This is the first time when a senior officer of all the three forces is present at a stage. This initiative of respect for the women   by the Atharva Foundation is commendable.”
Honor to the women of Indian Army on the International Women’s Day by Atharva Foundations.