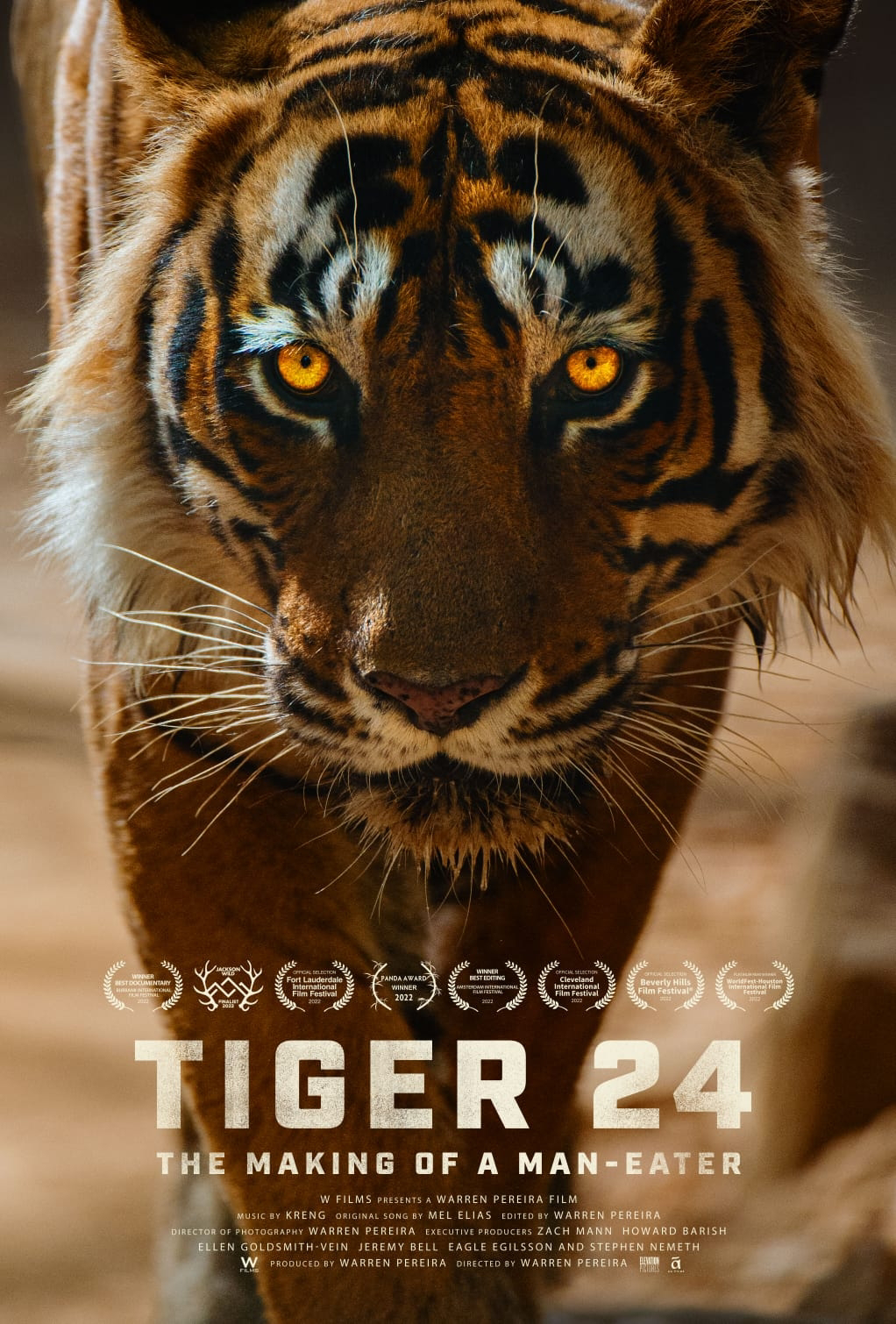 Mumbai’s AA FILMS has picked up India Theatrical rights to Warren Pereira’s feature documentary Tiger 24. The film has been released in theaters and digital platforms in North America but now comes home to India to be released in a limited capacity starting first at the Jaipur International Film Festival on January 8, 2023 and then in Mumbai theaters soon after.
In Tiger 24, a wild tiger kills men who enter his territory, then being declared a man-eater and locked up in a zoo. This galvanizes massive social uproar and activists to take their cause to the streets, online, on billboards and all the way to the High Court and Supreme Court.
Tiger 24 won the Panda Award at the 2022 Wildscreen Festival and was a finalist at the 2022 Jackson Wild Media Awards, where previous winners include My Octopus Teacher. The Picture also claimed Best Documentary at the 2022 Burbank International Film Festival. Pereira served as the film’s Director and Producer, with The Gotham Group’s Ellen Goldsmith-Vein and Jeremy Bell exec producing alongside Eagle Egilsson, Howard Barish, Zach Mann and Stephen Nemeth.
Pereira’s past work has garnered top accolades, including the Cannes Gold Lion, and has been showcased at top international film festivals. Clients under his production company W Films include The Royal Bank of Scotland, Spectrum, Tissot, NBA, Hpnotiq, The Wall Street Journal and agencies such as DDB and CAA. Additionally, Pereira founded The Tiger Fund LLC, which produces content related to tiger conservation, including films for the government of India. The filmmaker is currently in post-production on the feature-length doc The Bamera Tiger, and is at the same time developing a horror pic entitled Scarebnb and the darkly comic thriller, Double Bite.
AA Films was founded by Anil Thadani in 1993. It independently distributes films in India. Anil Thadani was awarded with "The distribution personality of the year" in 2017. Anil Thadani is passionate about tiger conservation. Both Pereira and Thadani are native to Mumbai and believe that Tiger 24, which contains exclusive footage of India’s most controversial tiger, should be seen on the big screen by Indians.
AA films