Home Unlabelled Tanvi Dogra on being part of Ek Bhram - Sarvagun Sampanna: Thrillers have a different place in the audience’s hearts

Tanvi Dogra on being part of Ek Bhram - Sarvagun Sampanna: Thrillers have a different place in the audience’s hearts 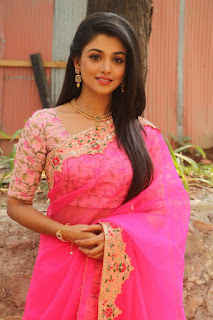 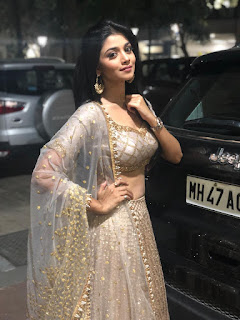 Actor Tanvi Dogra is happy to be seen in Dipti Kalwani’s Ek Bhram - Sarvagun Sampanna. The actor says that the show’s genre is attracting many people. “Thrillers have a different place in audiences heart, they excite them to know more about the story, basically keeps them glued,” says the actor, who has been part of shows such as Meri Sasu Maa on Zee TV and Jijimaa on Star Bharat.
The actor likes the title of the show too. “It’s a very catchy and thrilling title, as with 'Sarvagun Sampan', we think of a Bahu who is perfect in every way. But by putting 'Ek Bhram' with it, it gives the idea that it might be an illusion here, so it creates curiosity and you want to know more about it,” she says.
The actor plays the role of Kavya in the show. “My character is of a matured woman who is a mother as well and has gone through a big tragedy in life. She is a strong lady though. I am playing a positive character. The look is simple, the sarees are tissue sarees in pastel colours,” she says, adding, “Like Kavya, I am also sensitive and responsible, very family-oriented.”
Tanvi enjoys working with lead actors Shrenu Parikh and Zain Imam as well as Dipti Kalwani. “It’s a fun-filled and learning experience so far, especially with Shrenu. She is a brilliant actor and I admire her a lot for both her looks and performance and Zain is sweet and quite a prankster in real life. He is always smiling and is a happy-go-lucky person,” she says, adding, “Dipti Kalwani is supportive, nice to talk to and easy to reach. She listens and tries to resolve the problems of actors, unlike other producers who don’t give much importance to the problems on the set.
Tanvi Dogra on being part of Ek Bhram - Sarvagun Sampanna: Thrillers have a different place in the audience’s hearts