Nora Fatehi smoothly steals 2018 with her moves and talent 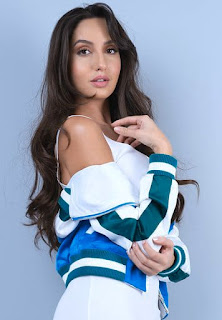 From a performer to a singer to now an actress, how this year belonged to Nora Fatehi
Nora Fatehi has always swayed the dance floor with her sexy moves and super hot appeal. Give any song to her and she will surely turn it into a blockbuster! This year specially had been an icing for Nora given her immense success post Dilbar. While the original Dilbar made quiet a buzz with Sushmita Sen as the leading lady, this one blew the nation to another level and Nora was immediately compared to Sushmita, now that’s a milestone altogether for the hot lady. Not just this, her song in Stree also made the right noise topping in the list of all the chart busters! While Dilbar was an icing, ‘Kamariya’ was the cherry on it.
While the success of Dilbar was still brewing, Nora went global with the song as she released an Arabic version of the same where she collaborated with international brand Fnaire and went on to sing and produce the song. The Arabic Dilbar was well received by the audience too and till has garnered her all the love and appreciation over sees. Truly, Music has no language!
Well, now that the performer has entertained us with her dancing and singing, she is all set to spread her magic as an actor too. The actress has been roped in Batla House opposite John Abraham and has already finished shooting for the 1st schedule in Mussoorie. This is her third collaboration with John and the actress is quiet excited to work with the former for the third time. Nora also has ‘Bharat’ in her kitty which stars Salman Khan and Katrina Kaif. The actress has a pivotal role in the film and will be shooting for the same very soon
Nora Fatehi smoothly steals 2018 with her moves and talent