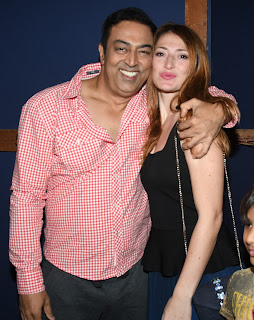 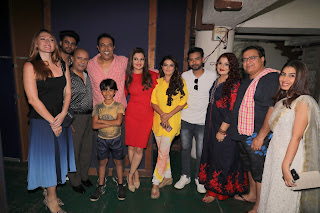 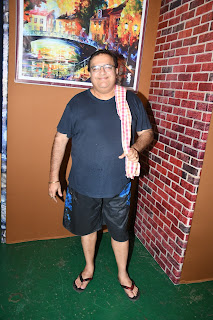 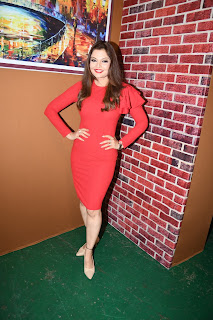 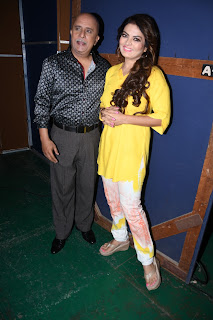 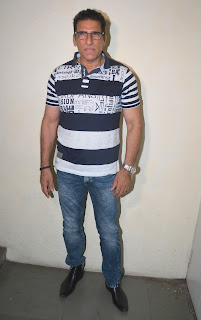 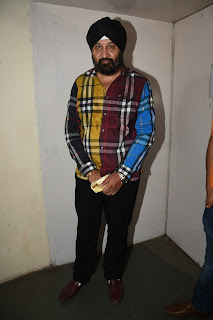 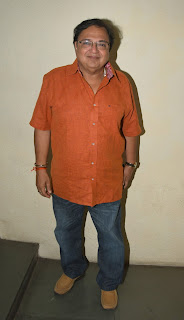 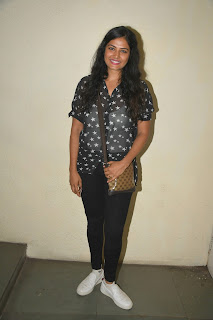 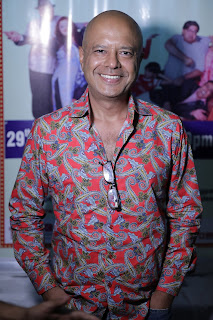 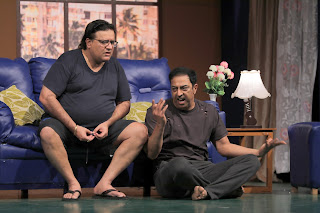 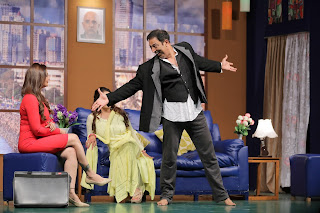 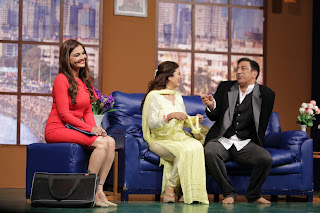 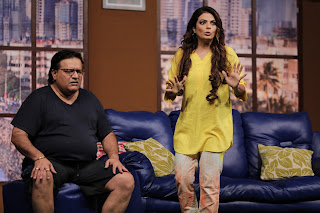 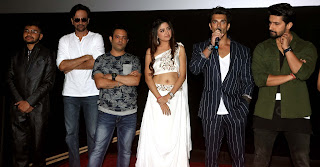 Vindu Dara Singh ‘premiere show of  his play "Golmaal- The play"
The event saw the presence of Rakesh Bedi, Dj Sheizwood, Gajendra Chauhan, Naved Jaffery, Mukesh Rishi, Priyanka  Shah, Sanjeev gupta .
Artists of the play - Vindu Dara Singh, Rajesh Puri, Akashdeep Sabir, Sheeba Sabir, Payal Goga Kapoor, Deepshikha Nagpal, Lucky Hans, Sarthak Joshi
Not only Vindu Dara Singh, got emotional but also reminisced his father Late Dara Singh's favorite dishes. Hence, as a tribute to his father, Vindu Dara Singh launched the grand Dara Singh Thali at Mini Punjab Lakeside at Powai. It is served in a giant steel thali and you will have to wait at least an hour for it to be served to you.
The circumference of the plate is such that it can make on feel as if they are shrinking in size just by staring at it. Served in veg and non-veg options, it has Aaloo Paratha, Chur Chur De Naan, Makki Di Roti, Murg Musallam Rice, Lamb Yogurt Curry, Chicken Amritsari, and lots more. The accompaniments include 4 types of beverages, 3 chaat options, 1 soup, pickle, chutney and 7 desserts. Overall more than 30 items are served in this thali.
Vindu Dara Singh said "My father was an epitome of strength & fitness, he was probably the first man to revolutionaries fitness in India. Dara Singh Thali symbolizes him, this is the kind of food he used to eat. It is for all Dara Singh fans to relish upon some of my father's favorite delicacies"
Besides the launch of Dara Singh Thali, Vindu Dara Singh also made an announcement about his play "Golmaal- The play".
Vindu Dara Singh said "This is my first very own play. It is a hilarious comedy drama. For all the theatre lovers, it is a must watch on 29th April, 2018 at Shanmukhananda Hall"
Artists- Vindu Dara Singh, Rajesh Puri, Akashdeep Sabir, Sheeba Sabir, Payal Goga Kapoor, Deepshikha Nagpal, Lucky Hans, Sarthak Joshi
Synopsis- As the very name suggests, this play is a laugh riot, based on mistaken identities. When an uneducated plumber hits big time, he may upgrade his living style , but deep inside he remains a plumber! And when he has a servent who thinks no end to himself, who perhaps speaks more words of English than his boss, there are bound to be clashes. It's the plumber wife who is panicking when her wish to have his son study in the best English medium School is answered, and the teacher is coming home to interview the parents. Therein Starts the GOLMAAL. The inquisitive neighbor bursts their plans regularly, adding to the GOLMAAL.
SUCCESSFUL OPENING OF VINDU DARA SINGH'S NEW PLAY "GOLMAAL THE PLAY"