Home Unlabelled Nanak Shah Fakir Is The Need Of The Hour Not The Controversy, Speaks The Director

Nanak Shah Fakir Is The Need Of The Hour Not The Controversy, Speaks The Director 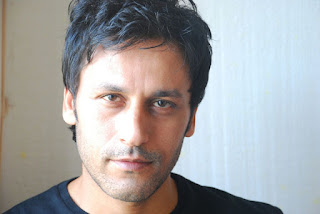 Even as controversies refuse to die down when it comes to the release of Nanak Shah Fakir, director Sartaj Singh Pannu hopes all differences are sorted so that the film actually gets to be seen by people. And no just because he has put his heart and sweat into it, but because the he believes the Nanak’s teachings are exactly what the world needs to be reminded of today… in an age where communal tensions seems to be flaring in almost every corner of the world.
“When we decided to make Nanak Shah Fakir, we knew it would be an uphill task. We had a protagonist who we could not shoot. We cannot give him a human form under the laws of Sikhism. Yet we knew Nanak saheb’s life and message was something we had to tell the world about. His understanding and interpretation of life and his philosophies could help boost our youth today, once it reaches out to them,” says Sartaj, talking about the film. He understands that the Shiromani Gurdwara Parbandhak Committee (SGPC) has expressed concerns despite earlier having given the film a clean chit. “Of course we understand that they have concerns. All I can say is that we have taken utmost care to ensure the ideals of Sikhism are not violated. And we can only appeal to the SGPC and hope they see our point. The film was withdrawn by the producers when it was released the first time in 2015 because the SGPC had raised an objection. We really hope the film does reach out this time,” adds the director.
Incidentally, Nanak Shah Fakir has been getting a lot of attention after superstar Akshay Kumar decided to promote the film.
Trailer of the film
https://www.youtube.com/watch?v=WJ6F9NG2UWo
Nanak Shah Fakir Is The Need Of The Hour Not The Controversy, Speaks The Director