Hrishitaa Bhatt gears up for her next film "Ishq Tera" 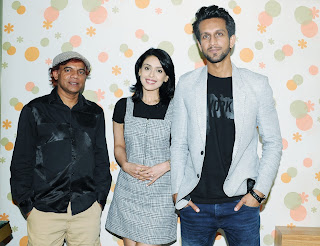 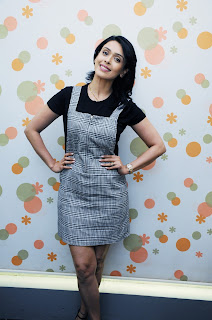 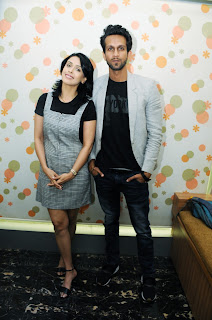 After a gap, Hrishitaa Bhatt  is back with her outstanding performance, in double role with the film "Ishq Tera" slated for release on 20th April 2018. Ishq Tera is a psychological thriller and complex story based on a real life incident.
Featured under the banner of Big Banner Entertainment and Media LLP, Ishq Tera is directed by Jojo D'Souza, produced by Deepak Bandekar with a stellar star cast-  Hrishitaa Bhatt, Aman Verma, Mohit Madaan, Manoj Pahwa and music composed by Swapnil H. Digde.
The interview saw the presence of  Hrishitaa Bhatt,  Mohit Madaan & Director of the film Jojo D'Souza
Ishq Tera is based on real life events of a woman with a broken mind and a man with a broken heart. The story of how men prey silently on this one disturbed woman as her man fights to free her mind and win her heart... again and again and again....
Hrishitaa Bhatt says "Split personality is a serious issue, when you will watch the film you will understand it holds a very sensitive topic.There are very few Hindi films which portray the female character having a split personality. And I think this film has been a challenge for me as an actor."Talking about her character she added, "My character name is Kalpana, who becomes Laila, what she has been through. People with the same issue will relate her for sure. This movie is more like a content-oriented drama which will probably entertain you."
Hrishitaa Bhatt gears up for her next film "Ishq Tera"