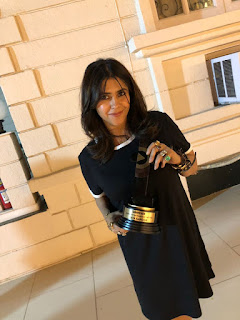 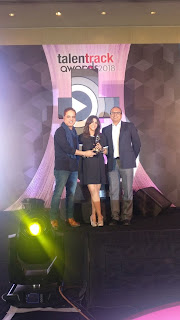 Talentrack, country’s leading hiring & networking platform for the media, entertainment & creative industry, hosted a star-studded award event last evening and Ekta Kapoor who made her foray into the digital world with her digital platform ALTBalaji was awarded the Digital Content Person Of The Year at the second edition of Talentrack awards 2018.

Ekta Kapoor was honoured with this award for her outstanding contribution to the medium and the phenomenal success that ALTBalaji has garnered.

ALTBalaji is India’s largest platform for original and exclusive digital content with more than 15 million mobile plus web users and is available in over 90 countries. The digital platform currently offers 17 original shows in Indian languages across various genres such as romance, mystery, drama and comedy. The platform also offers entertaining original shows for kids and have launched short, hilarious regional stand-up comedy videos in Marathi, Punjabi, Hindi, Gujarati and are launching more episodes in Tamil and Telugu.
Ekta Kapoor felicitated with the Digital Content Person Of The Year at Talentrack awards 2018