Home Unlabelled After Suit Suit, Irrfan and Guru Randhawa team up for Patola in Blackmail

After Suit Suit, Irrfan and Guru Randhawa team up for Patola in Blackmail 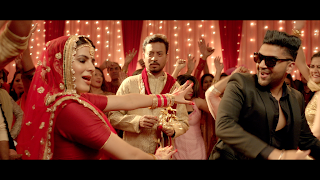 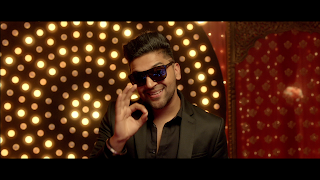 After making the nation groove to their tunes with Suit Suit for Hindi Medium, Irrfan, Guru Randhawa and Bhushan Kumar now team up again for Abhinay Deo's Blackmail.
Post entertaining the audience with Badshah's 'Happy Happy' Song, the Abhinay Deo directorial will now present another music sensation Guru Randhawa, who adds a unique zing to the film with his foot-tapping number.
The quirky comedy recreates Guru’s chartbuster 'Patola' featuring Irrfan and Kirti Kulhari along with the celebrated singer against the backdrop of a wedding mandap.
Clearly, it’s a peppy song, where everyone is having fun. The bride (Kirti Kulhari) can be seen dancing uninhibitedly while the groom (Irrfan) is shyly soaking in the revelry being enjoyed by his newly married wife.
Talking about the collaboration with Irrfan and T-Series, Guru Randhawa says, "It’s a great high for me to collaborate with Bhushan sir and Irrfan sir again after Suit Suit. I loved working with them earlier and it was the same now in Blackmail. I hope the song turns out to be as successful as Suit Suit."
It so happened that the film’s director Abhinay Deo was thinking aloud to producer Bhushan Kumar about a situation where a lively song could be incorporated in Blackmail just the way ‘Suit Suit’ was included in Hindi Medium, it was then that T-Series honcho suggested Guru Randhwa’s Patola for the film.
Patola which turned Guru Randhawa into a music sensation has been recreated for the film. Reminiscing about the song, the celebrated singer says, "Bhushan sir gave me a break with this song in 2015. The song became popular worldwide. People loved the song a lot. It's a simple song which compliments a girl on her beauty and looks. Interestingly, in 2018, it has been turned into a celebration song in a wedding."
While the first song featuring Badshah was a promotional video, this one clearly promises to be hit party number.
Abhinay Deo's Blackmail raises the question "What will you do if you find your wife in bed with someone else?"
Collaborating with Abhinay Deo has been a joyful experience for the singer. Sharing the sentiment, Guru adds, "Abhinay Deo has been a fantastic director. The way he shot the video is very crazy. He brought in a lot of colour and energy to it.  I hope the audience blesses this song just like they have liked my old songs."
Post entertaining the audience with 2011's 'Delhi Belly', Abhinay Deo is all set to present yet another quirky, irreverent, situational, on the move comedy.
The film’s quirky trailer promises a madcap comedy starring an ensemble cast of Irrfan, Kirti Kulhari, Divya Dutta, Arunoday Singh, Omi Vaidya, Anuja Sathe, Pradhuman Singh Mall, Gajraj Rao amongst many others. The film promises to be a crazy comedy backed by entertaining performers.
Produced by T-Series’ Bhushan Kumar and RDP Motion Pictures’ Abhinay Deo, Blackमेल directed by Abhinay Deo is slated to release on 6th April, 2018.
After Suit Suit, Irrfan and Guru Randhawa team up for Patola in Blackmail